This Tumblr Thread Depicts Prehistoric Males as the Coolest of Dudes

No one knows for sure what prehistoric humans acted like – were they mostly like us, were there big differences, or (most likely) were they a little bit themselves and a little bit what they would one day become?

It’s fun to think about all of the possibilities, which is exactly what this really funny Tumblr thread did when they asked themselves…what if prehistoric dudes were just dudes?

It all began with a facial reconstruction done of a Homo sapien and a Neanderthal man who honestly, looks like he just needs a hug (and maybe a joint). 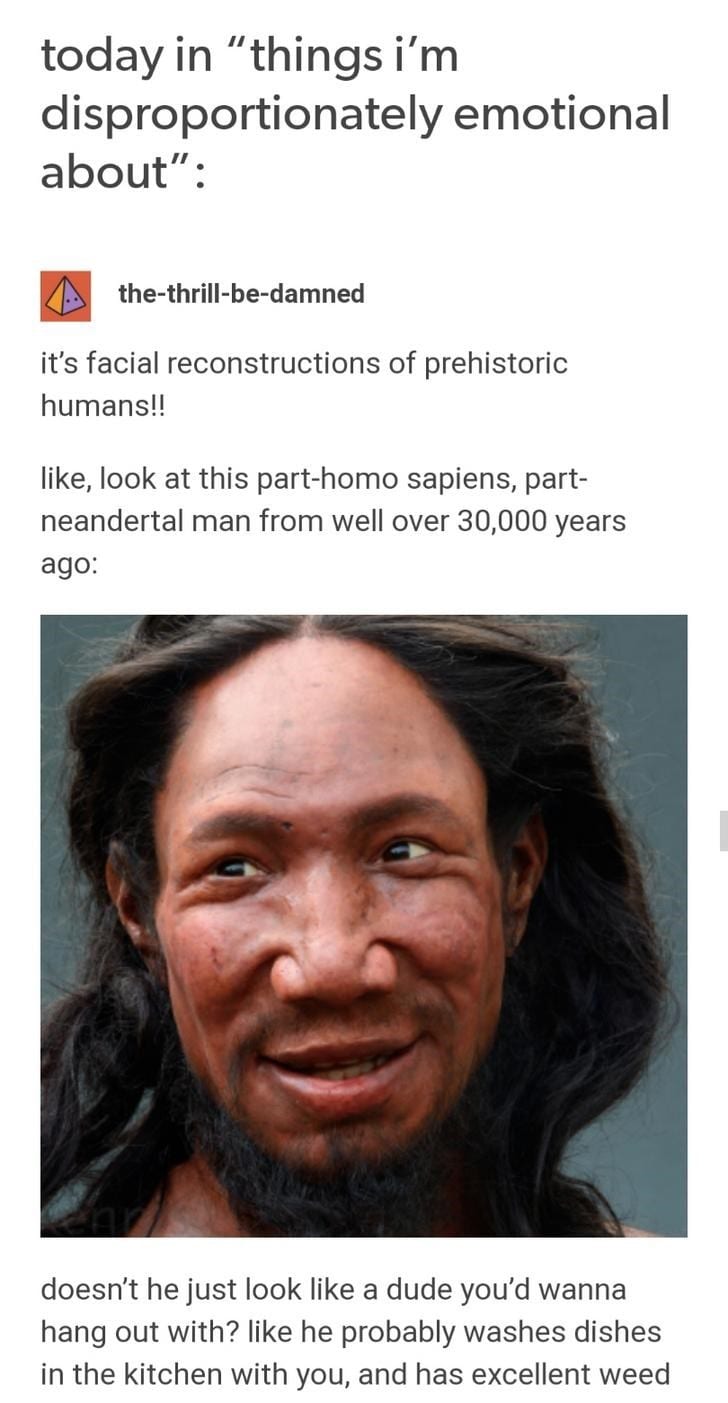 And then, someone got really into it, creating a whole world and society just based on one man’s potential face.

Would he appreciate your jokes?

We may never know for sure… 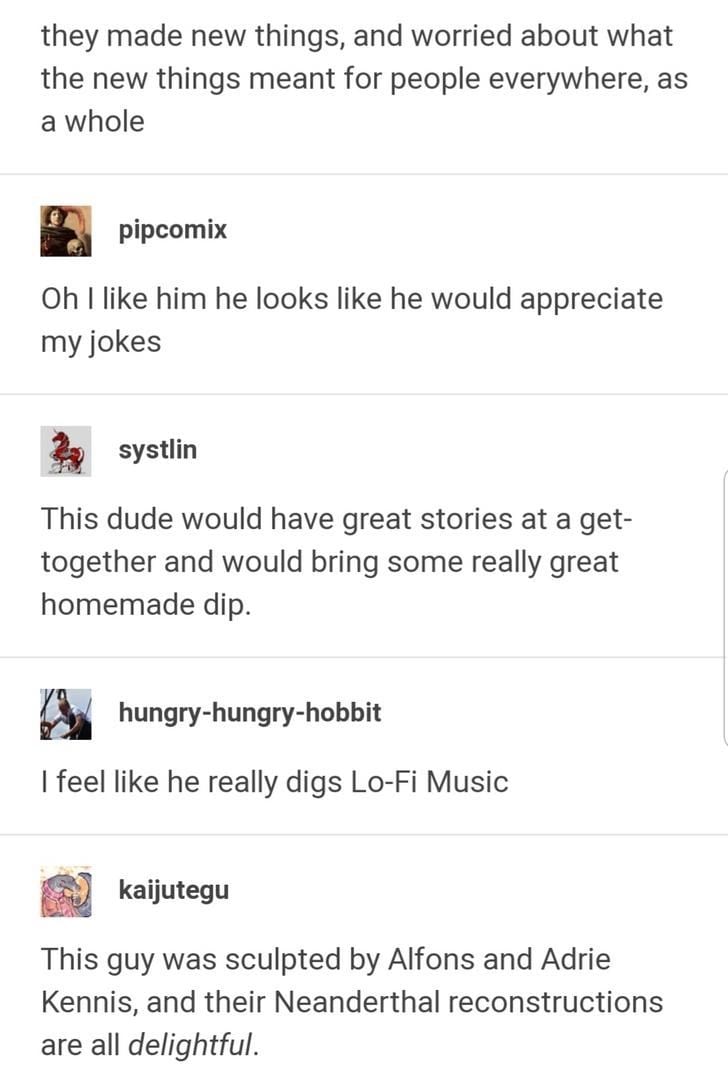 This man’s hair made an appearance because, well, it slaps. And so does that smirk of the guy below. 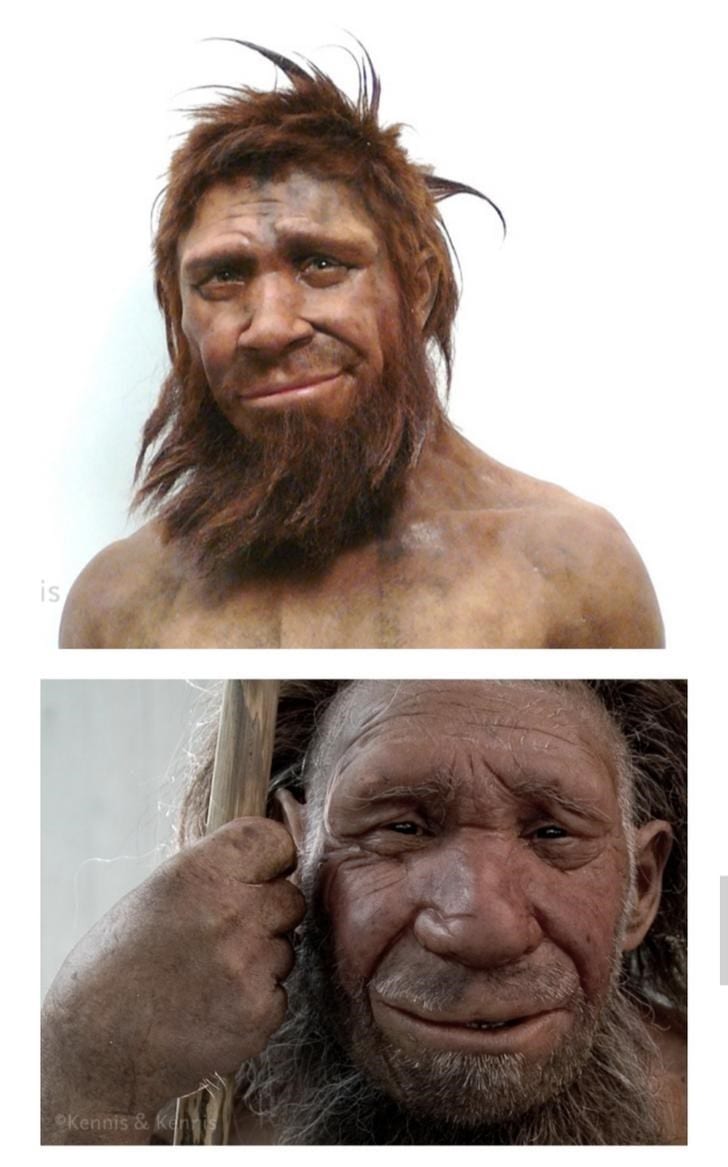 And then this child, who is objectively adorable, plus bonus Lucy and other species.

You cannot argue this is a face with a soul. 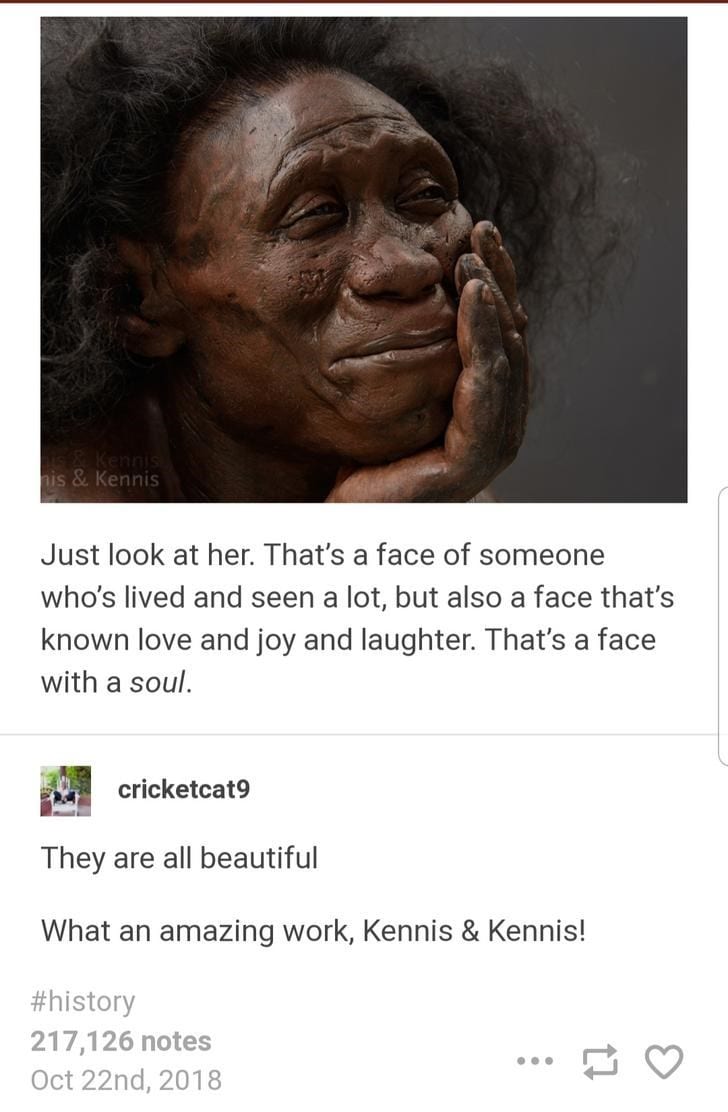 These images are actually beautiful, as is the fact that humans now can look at them and see ourselves in their eyes.

I’m honestly a little choked up about it and I’m not sure why.

Maybe I should look into that.