Davy Jones’ Locker, or the Curse of Davy Jones… you know about those right? For most, Pirates of the Caribbean is THE intro to the topic, and that’s why people on Tumblr are debating a certain scene from At World’s End far past the point of credulity.

Basically, the curse is such… Davy Jones had his heart removed and captains the Flying Dutchman, a ghost ship never able to make port because he can only return to dry land every ten years.

Well, in the scene in question, he’s standing on a sandbar in a bucket of seawater. 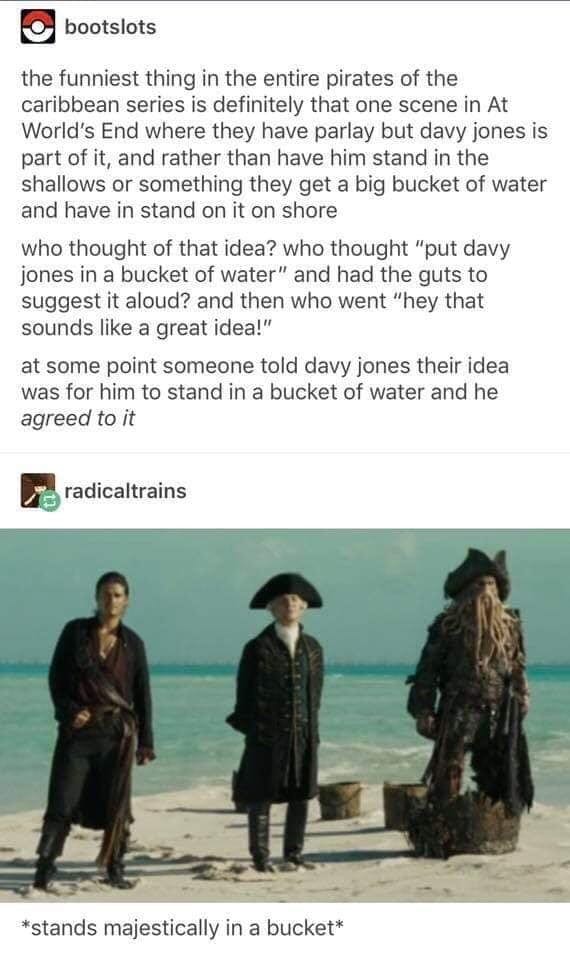 The discussion that follows discusses the reality of a sandbar. 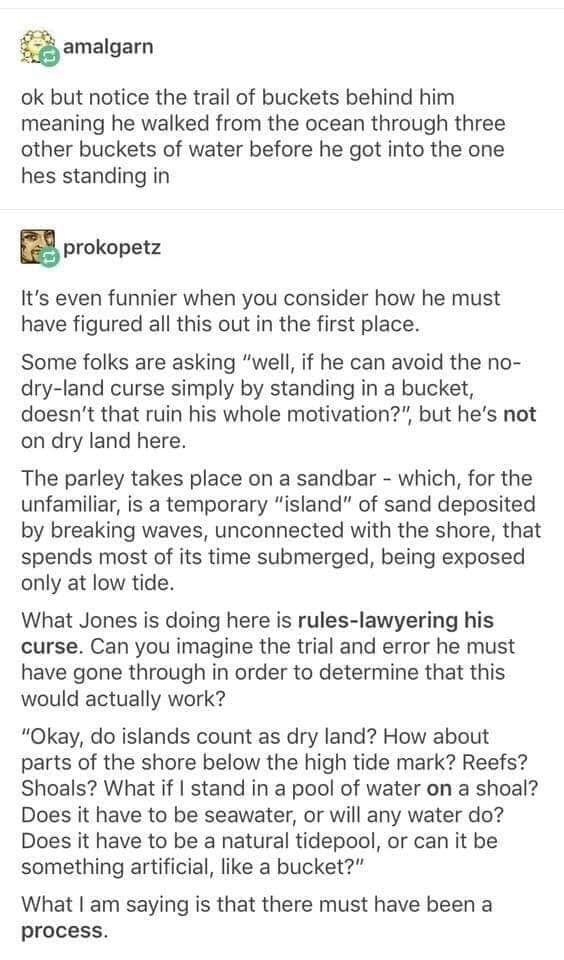 And points out that he’s using multiple failsafes in order to not get blindsided by the curse. 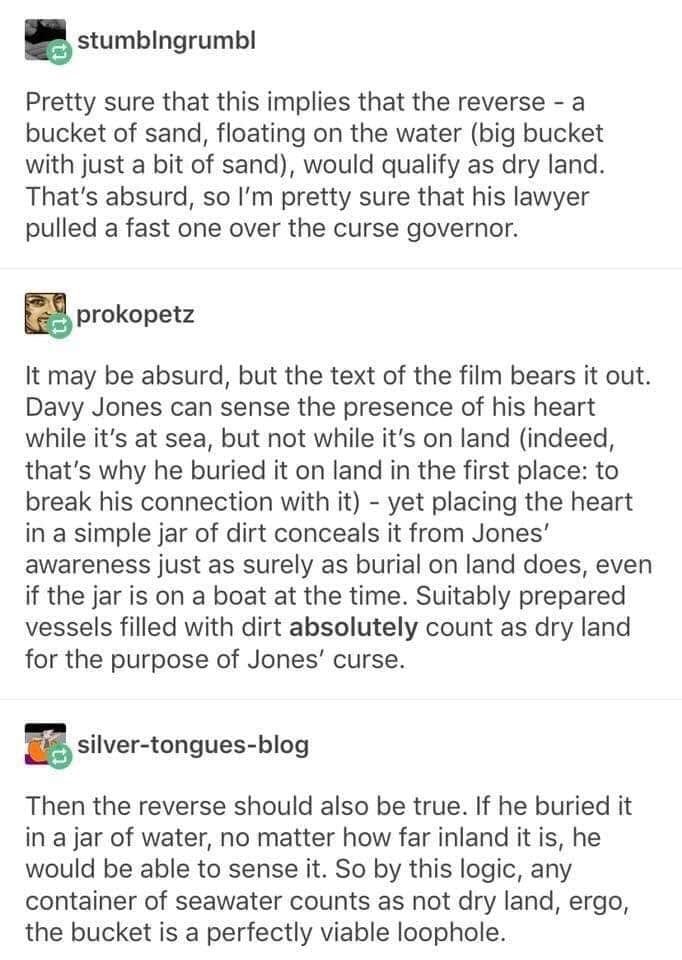 Then, we get into what might be possible – or impossible – and just how far we might go.

What do you think Tumblr? 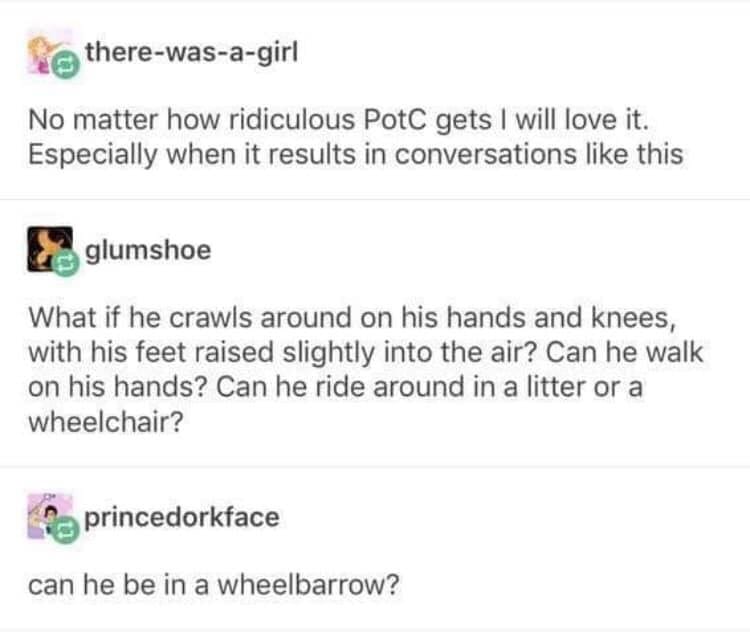 OMFG… I both love AND hate this conversation at the same time. So much ridiculousness.

And, of course, this thread ends with the perfect reference to the two idiot characters who, very likely, approved this entire idea in the first place… 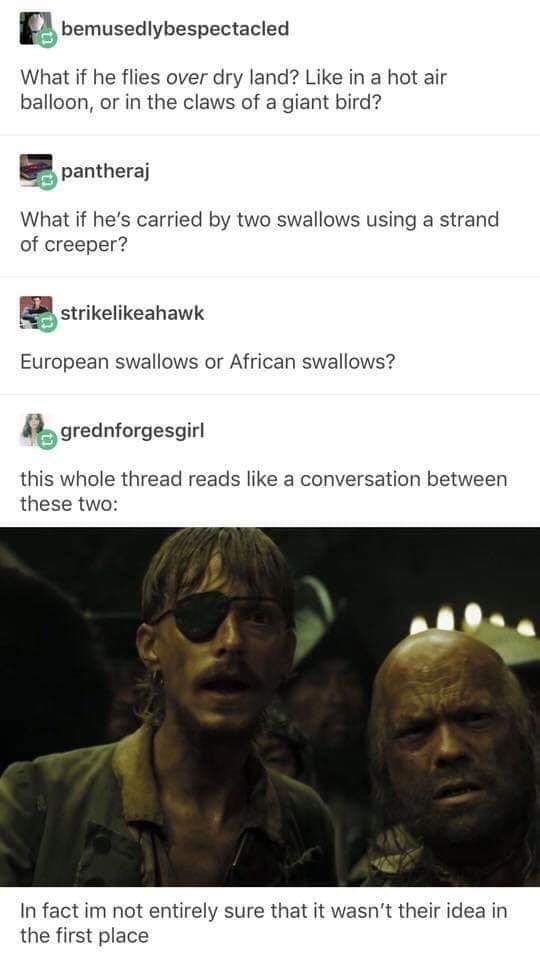 Are we sure these two didn’t write this thread themselves? Hmmmm… food for thought.

Did you like how the movies treated Davy Jones? Do you think their interpretation is off?