Two Gay Texans Connect Over Their Moms’ Obsessions with Crucifixes

This is not news, but Texas has a lot of Christian people in it. In fact, around 75% of the people in that state identify as such. Texas has a population of around 29 million, so that’s close to 22 million adherents in the friendly state (that’s the slogan they gave themselves, “The Friendly State,” which sounds nice, I guess? If not vaguely threatening?)

Suffice it to say, being a Christian in Texas is like being a deer in the woods. Nobody’s gonna be surprised or confused to see you there. Which is what made this post by Tumblr user indiedrone so funny, and the story that it set off so priceless.

Gesturing deadpan to a wall containing no fewer than 20 decorative crucifixes, indiedrone writes: 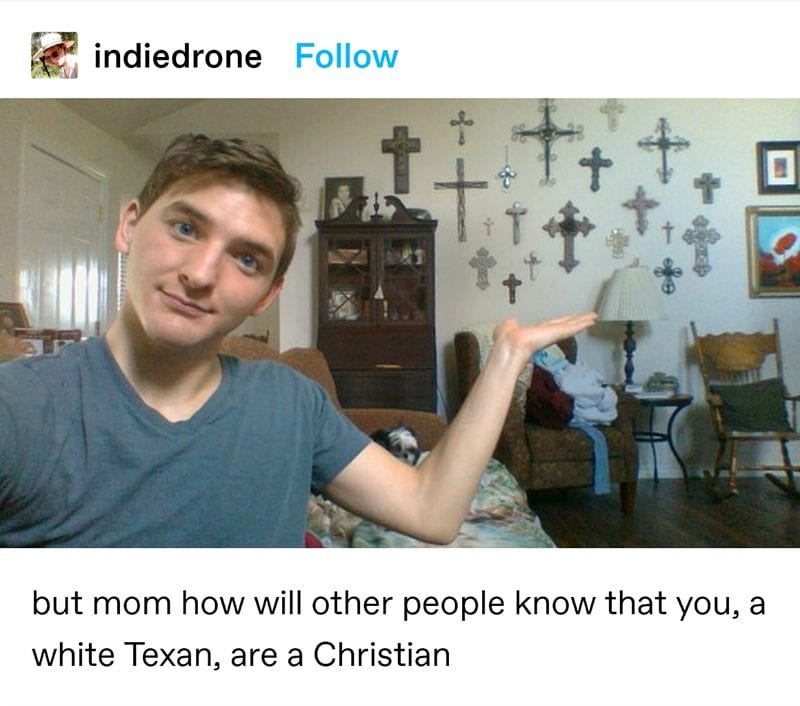 Not to be outdone, a fellow Texan who goes by the screen name fullblownpanic uploaded a picture presenting a wall of at least 25 crosses.

What are the odds that these two would see each other here, and have such perfectly matching images to contribute? Some speculated it might be a sign. But then, a twist… 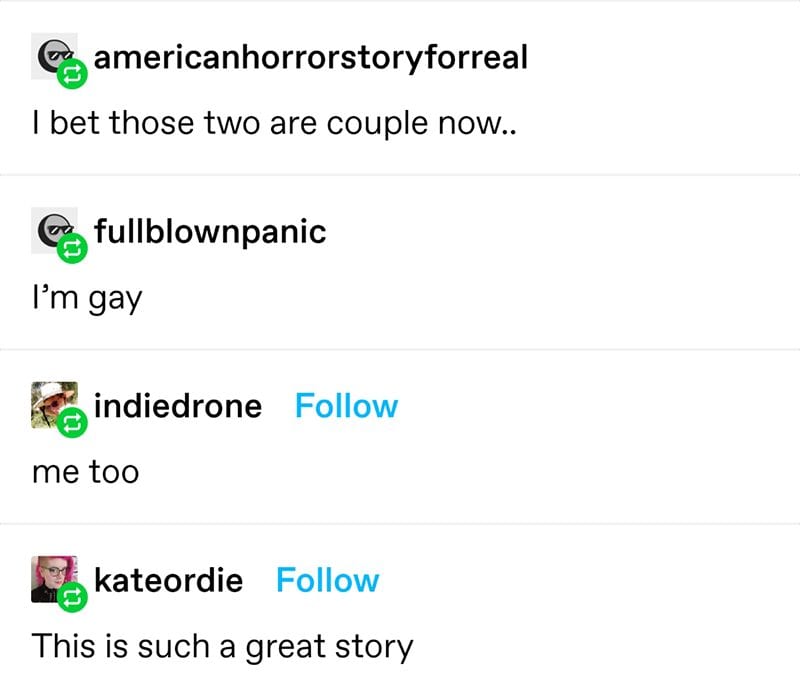 It turns out, they weren’t just playing. They both really were gay youths living in Texas with very religious moms who had quite similar taste in decor. They got to talking, became friends, and eventually met up at a Pride festival in Houston!

The internet is quite a strange place. It can bring together people who live worlds apart, or help two kids who are practically neighbors find each other. You never know who you might cross paths with on Tumblr.

What’s the craziest coincidence you’ve come across online? Tell us the story in the comments.