Spend enough time working in an office setting and you’ll eventually encounter the office potluck. It’s something that *sounds* really fun in theory, but it almost always turns into a spectacle in real life. Some colleagues get it and bring truly good food to the table, while others bring their mom’s Jello salad recipe from the ’70s. Damnit, Karen, nobody wants ham and peas suspended in lemon Jello!

A Twitter user recently had a ridiculous run-in with the latter sort at his office potluck.

Also, this article absolutely epitomizes why I love working from home. Take a look to see how this drama unfolded. It all started with an innocent office potluck…and then… 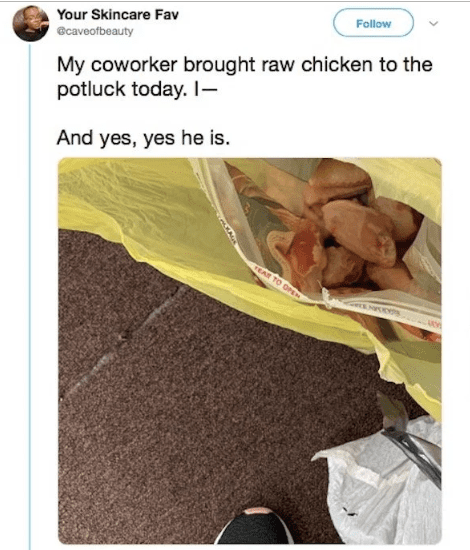 That’s not a good beginning. 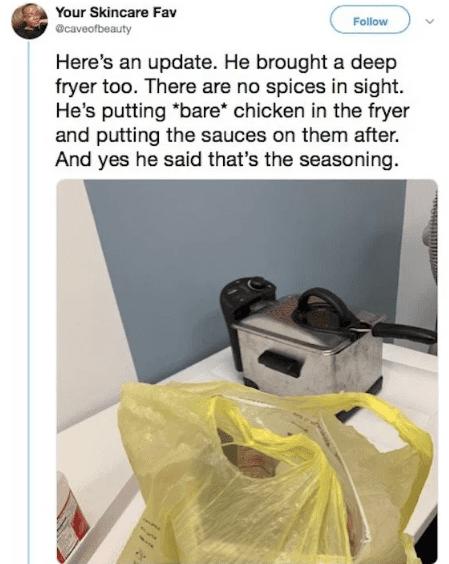 It’s about to get gross up in here. 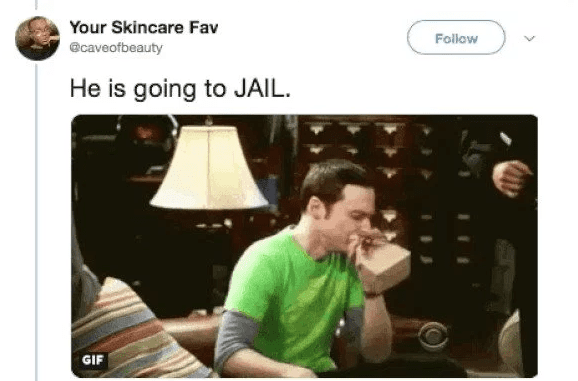 You can imagine there was hyperventilation all the way around.

And this lady on Twitter was getting a little riled up.

Now get really grossed out.

And he was getting positive reinforcement! 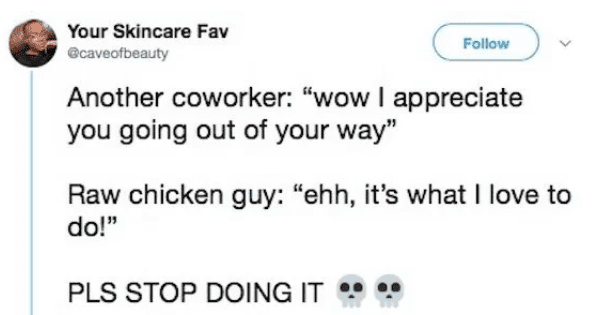 She had to be on the offensive.

And the nightmare continued. 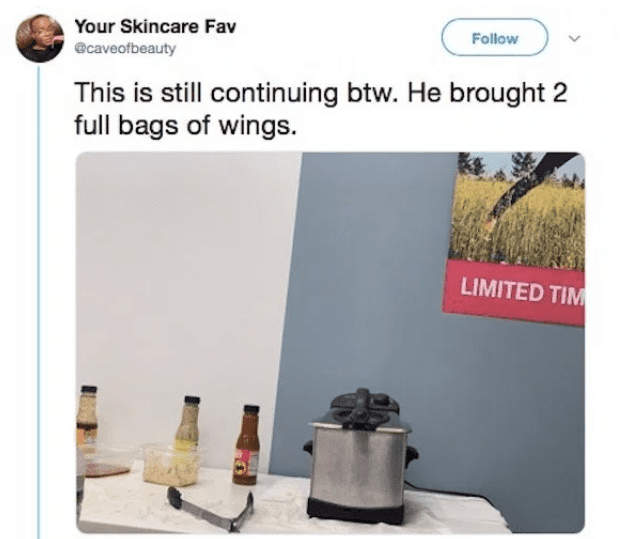 She might be looking for a new job soon.

This has to be related, right? 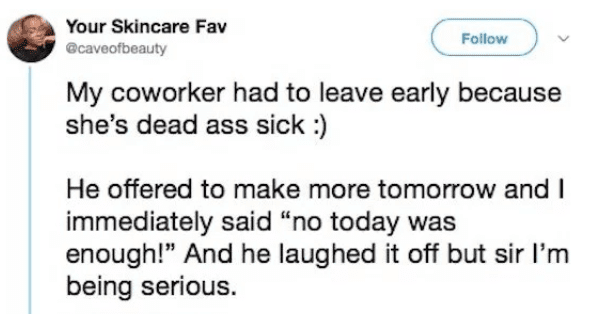 And the worst part was the shocking conclusion. 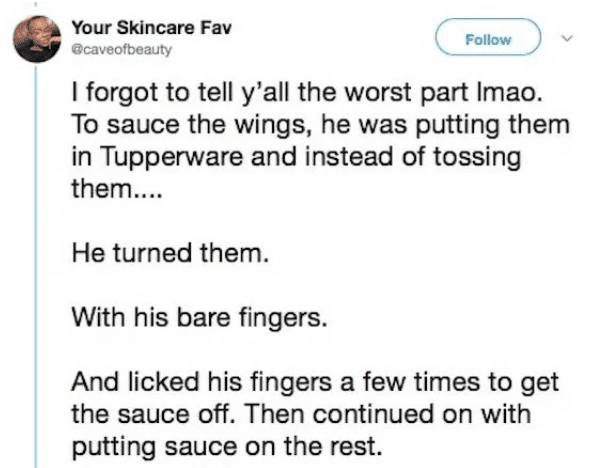 This guy perfectly captured how we all feel after reading about this awful scenario.

The agony! The horror! Good luck on your job hunt!