Was a Cashier Wrong for Losing Her Cool With an Extreme Couponer?

When we take jobs in customer service – jobs that involve working with human beings we don’t know – we know that we’re signing up for a certain amount of frustration.

Humans, after all, come in all shapes, sizes, and attitudes – and on any given day, we’re all capable of being our worst selves.

This girl is a cashier at a grocery store, and saw a family come in with an army of coupons, ready to make everyone’s life a living hell.

This afternoon we had a large group of people come in together. Turns out they were extreme couponing. For anyone unaware of this, it’s basically people who clip coupons and shop for a shit-ton of groceries and they hope to pay as little as possible.

We see couponers all the time but I’ve never seen anyone go as crazy as this family did.

She ended up with 6 carts of groceries and expected to pay exactly $0 for her haul.

So, basically the mom had hundreds of coupons and a she didn’t bring any money because she thought if she didn’t bring money it would encourage her to do her best and get her groceries for free. Her family stayed by the cart corral while she shopped and every time she needed a new cart they’d give her one and take her full cart.

Eventually she finished shopping and she had about six carts of stuff. My manager shut my lane down and helped me bag and then we started ringing.

She and her manager worked together to try to ring up the order but the machines kept saying there were too many coupons to go through, and the couponer was holding up everyone else’s shopping trip.

We get to the end and I’m ringing in the coupons when I get an error message on my screen that says my POS reached the maximum number of coupons for the transaction. So, my manager voided the transaction and we started again and tried to keep each group items together but we kept having the issue with the coupons.

We even tried multiple transactions but my store only had five registers and there were people waiting to check out and we couldn’t get the coupons to go through properly.

The woman refused to buy anything, leaving it all at the register. OP got angry, letting her know that she had wasted everyone’s time and that now she would have to return everything to the shelves.

Her manager yelled at her and there was generally a whole scene.

So, the lady just decided she didn’t want to get anything after all and wouldn’t be buying anything in her carts. Her total after tax, before coupons, was $789.78. There were roughly 500 items listed on her receipt per diem, and her stuff wasn’t just in carts, she was also purchasing flats of sodas, big bags of dog food on rolling carts, flats of canned food.

And, the rule at my store is if a customer decides not to buy something at the register then the cashier has to put it all back before they can go home. I had been at work since 5am and I was scheduled to leave at noon and because I had to put everything back I didn’t get off work until about thirty minutes ago. She had taken three hours to shop, herself.

Anyway, when she said she wasn’t going to buy anything after all I had a visceral reaction and said to her, “are you fucking serious? I have to put all this back by myself.” I should add that she left the store in shambles. The customer started bitching, so did her group, my manager got in my face, I think the phrase “lazy brat” got thrown around.

Her parents think she was wrong, her coworkers have her back, but what do you think?

The customer might always be right, but was she even a customer? 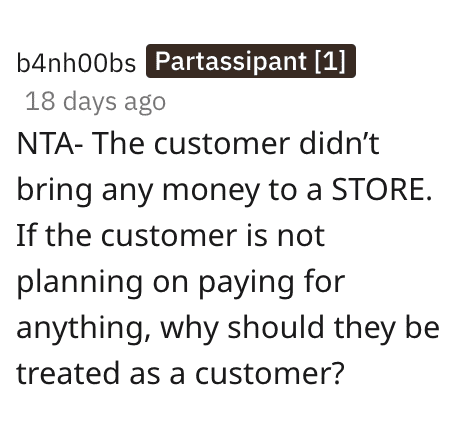 The woman definitely didn’t care about anyone but herself (and her bank account). 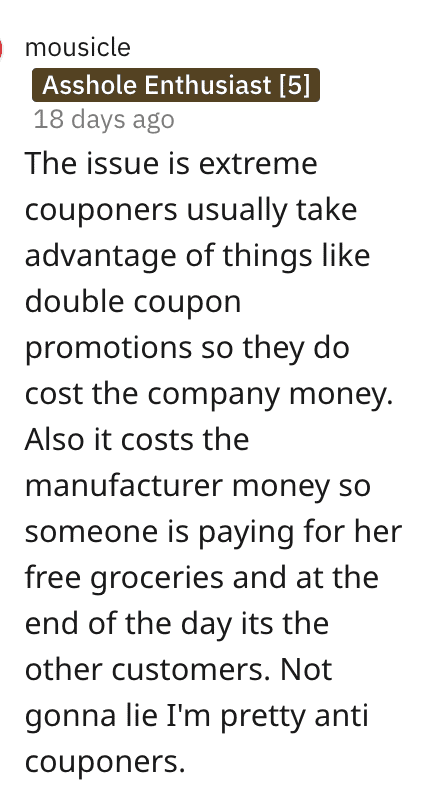 Not to mention, she probably wasted a good amount of decent food.

Some people didn’t agree there was anything wrong with what the woman was doing, but the computers at the store need to be upgraded (and OP will probably learn more finesse with age). 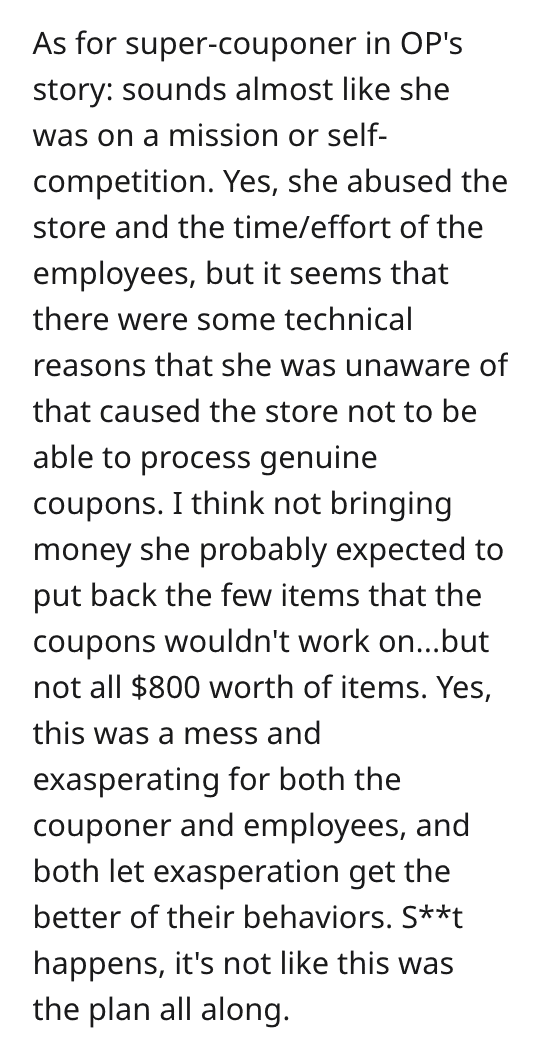 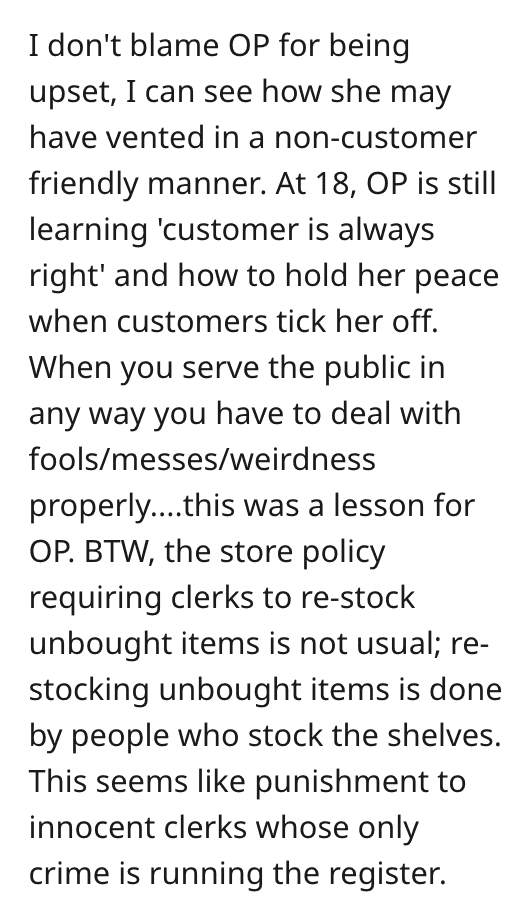 And no, the customer is not always right. 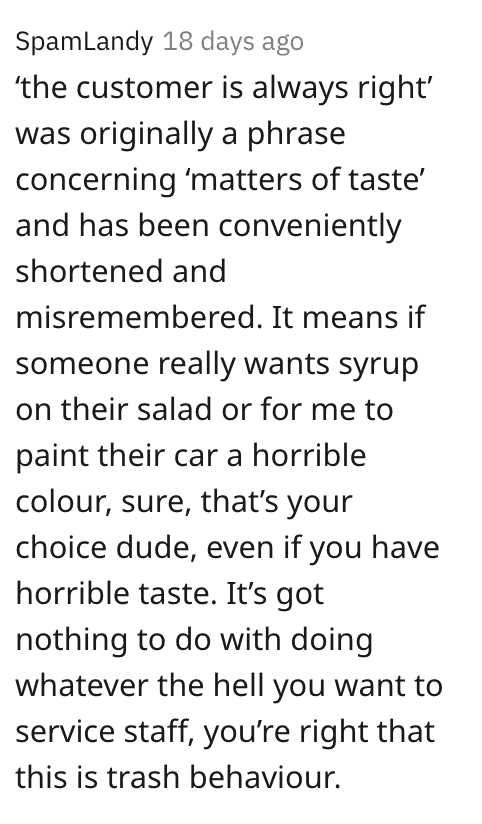 Whew. I do believe that a more experienced cashier probably would have handled things better, but this was a stressful and annoying situation.

The computers need to be updated or they need to stop offering coupons.

Agree? Disagree? Drop your thoughts in the comments!