Was This Father Wrong for Giving His Son an “Ethnic” Name? Here’s How People Responded.

People sure do get worked up over names…

And it’s kind of weird (to me, at least) when people get worked up over names that DON’T HAVE ANYTHING TO DO WITH THEM.

And that’s exactly what happened here.

A man shared his story on Reddit’s “Am I the *sshole?” page about an interaction he had with co-workers about his son’s name…and it left him questioning if he made a bad decision.

AITA for giving my son an “ethnic” name from my family background?

“Keeping some things vague for privacy. Also changing all names.

I (30s M) recently became a dad. My son (3mo) is named “Hamza.” I honestly picked this name just because I liked it. My wife couldn’t think of any boy names, we ended up going through some online lists, and we just thought Hamza had the right vibe.

A little on our background: I’m Mexican (standard mestizo), but my maternal grandfather was Lebanese. My wife is white with a little bit of Native American. We are Catholic but not very religious.

Well, two of my coworkers (“Marie” and “Jessica”) have started making nasty remarks about my son’s name. They said I was culturally appropriating and being racist.

I’m usually a good sport about such discussions, and I shared that I’m actually a quarter Lebanese from my grandfather. They then switched tact, and they pointed out that it’s gross for me to use a Muslim name when I’m Catholic.

Jessica, especially, kept pressing the issue, and I was stuck with her the other day when we were driving to the worksite. She told me that I “wanted the good parts of being Arab but not the islamophobia or tough parts.”

I told her that Lebanese people can be any religion, and the islamophobia thing is just a red herring. I also forbade her to bring it up again.

Was I the *sshole? I don’t think I did anything wrong by naming my son Hamza, but everyone around me is making me doubt my sanity.”

This person said that the man’s co-workers were simply looking for reasons to find fault with the boy’s name. 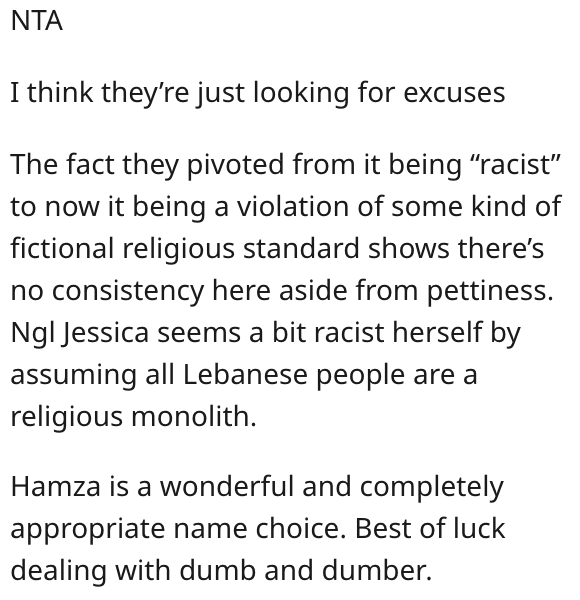 Another Reddit user said that the man’s co-workers were WAY out of bounds in this case. 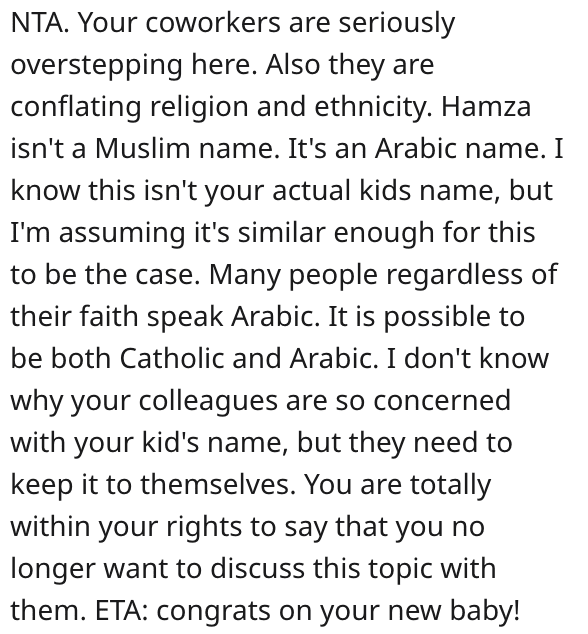 This individual said that maybe the “cultural appropriation” argument has gone a little bit too far: especially in this case. 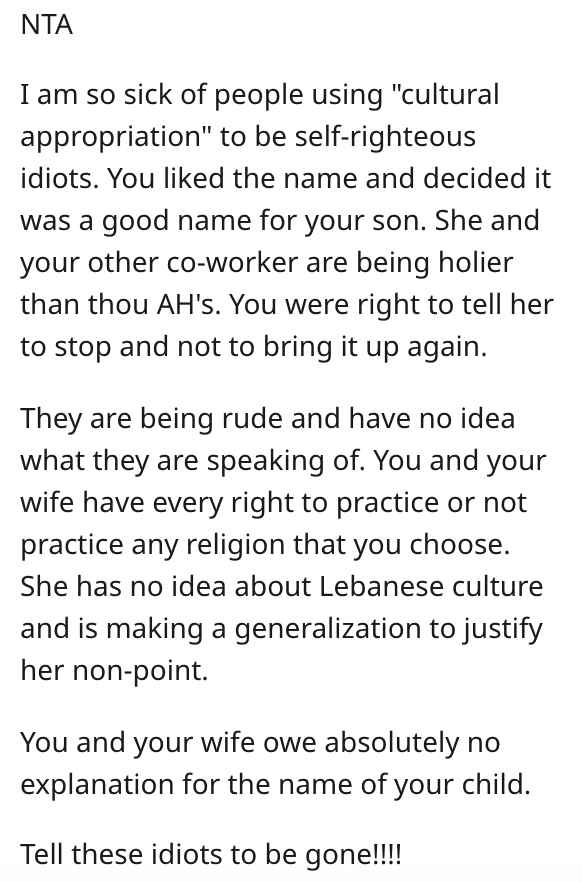 Finally, this reader said that the women in the man’s office have absolutely nothing to do with your kid and they were way out of bounds. 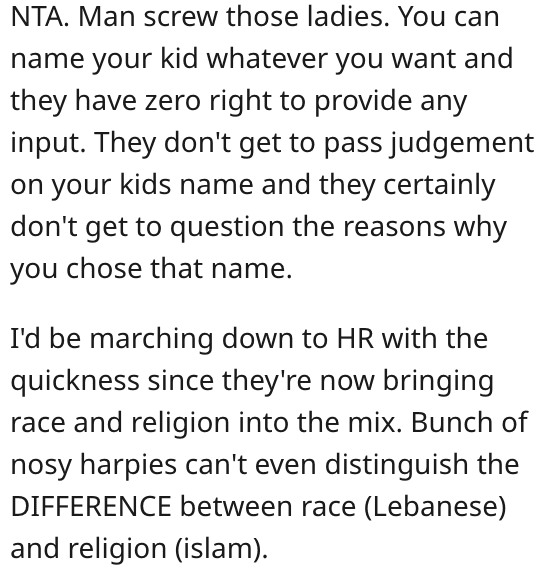 So what do you think?

Was this guy a jerk? Or not at all?

Tell us what you think in the comments. Thanks!