Was This Person Wrong for Forcibly Removing Her Boss’s Mother From the Workplace?

Employee-employer relationships are as complicated as any other human interactions, and the way this employee describes her boss’s oddities is more than enough to spark your curiosity…and then you hear the rest of the story.

This woman has worked as an executive assistant for a man just a few years her elder for several months. At first she found him “strange,” and noted that he’s extremely religious.

I (26F) work for a large aviation company in the US. It is an amazing company to work for and I have been there for the past 4 years as an Executive Assistant.

My role can move around based on where the company needs admins. I started a new rotation at work about 6 months ago and I am now working with my new Boss “James”(32M).

James is a pretty decent guy but at first I found him a little odd. He is very quiet and shy. At first he couldn’t even seem to look me in directly in the eye.

Over time, the two of them have settled into working together, though, and she considers him a friend (who she’s maybe attracted to), and everyone is happy enough.

I noticed right away that he seems to be very religious. He had more crosses in his office than I have seen in most churches. I am from a Christian family as well and it’s quite common in my state to be religious. Some things just seemed a little over the top to me and that’s saying something.

James is a good guy though and over the past six months we have grown close. He has started to let his personality show. We get along well and work great together. We have now become good friends and he has opened up to me a great deal. Sometimes I even feel like there’s a spark between us but neither of us have ever acted on it.

It seemed like business as usual when he said that his mother was going to drop by one morning with lunch, and because he was in meetings all morning, asked that his assistant take the food and put it in the fridge.

Yesterday James told me that his mother was in town and would be stopping by to bring him lunch today. James has never talked much about his family other than telling me they live out of state. He had meetings all morning and asked me to put it in the fridge once she arrived.

Well, when she greeted the mother, all hell broke loose. The woman screamed Bible verses at her and insisted that she couldn’t be her son’s assistant because her son would never work with a woman who “looked like her.”

She went into her son’s office and locked the door.

At 9:30 am his mom arrived with his lunch. I greeted her and introduced myself as James assistant. She just stared at me and then suddenly started to cry. I tried to ask her what was wrong but she just yelled bible verses at me.

She told me I can’t be James assistant because his assistant is male (My name is unisex so I don’t no if she assumed I was male). She than demanded that I leave her sons office immediately and told me that I am fired. She went into her sons office and proceeded to locked the door.

OP wasn’t sure what to do, as no one is supposed to be in her boss’s office when he’s not there and she didn’t believe there was a way to reach him, as he’s usually out of touch while in meetings.

So, she called security and had her escorted in the midst of a giant fit.

Her behaviour was really frightening and I didn’t no what to do. I am not supposed to allow anyone into his office when he is not present for confidentiality reasons. I tried to get her to leave but she wouldn’t open the door.

My boss is unreachable when he is in meetings, so I panicked and I called security. Security came and escorted her off the property as she threw a fit for everyone to see.

Her boss was upset about the scene, saying that he wishes she’d handled it differently and called him instead of security. He’s embarrassed about what happened.

James was very upset and says he wishes I handled it differently instead of “causing a scene” by calling security. He said his mother is just not used to “women like me being around her son” and that she was very protective. He said I should have called his cell phone instead of security and that I embarrassed him.

If you ask me he should be embarrassed, but not about the way his assistant handled things. Yikes. 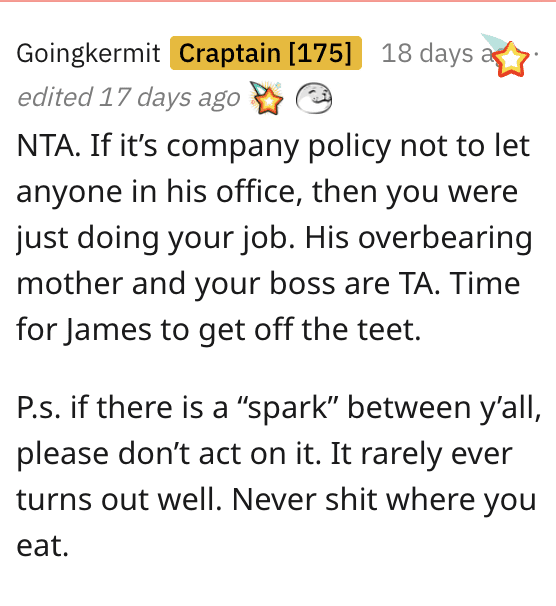 It’s all just a bit creepy. 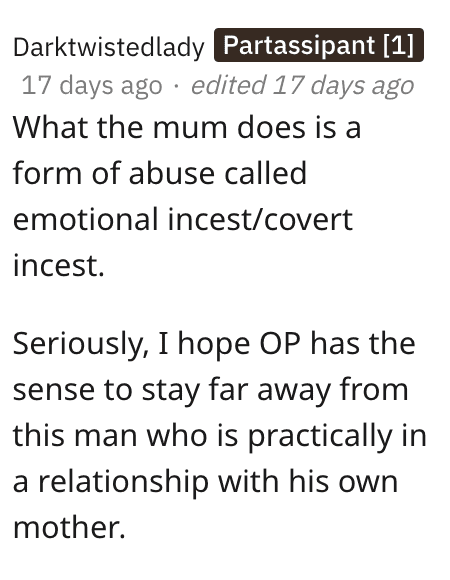 There are so many red flags it’s ridiculous. (2) 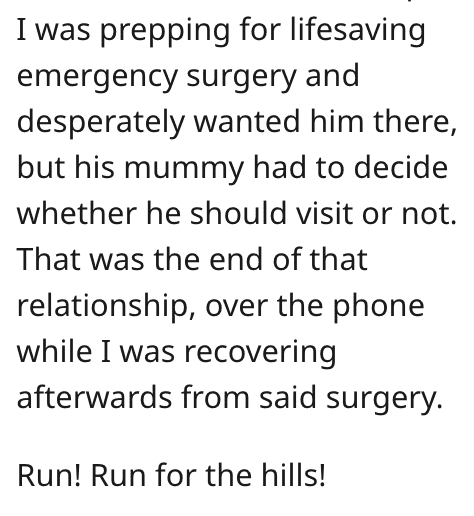 There’s faith and there’s religious fanaticism and the latter is to be avoided at all costs. 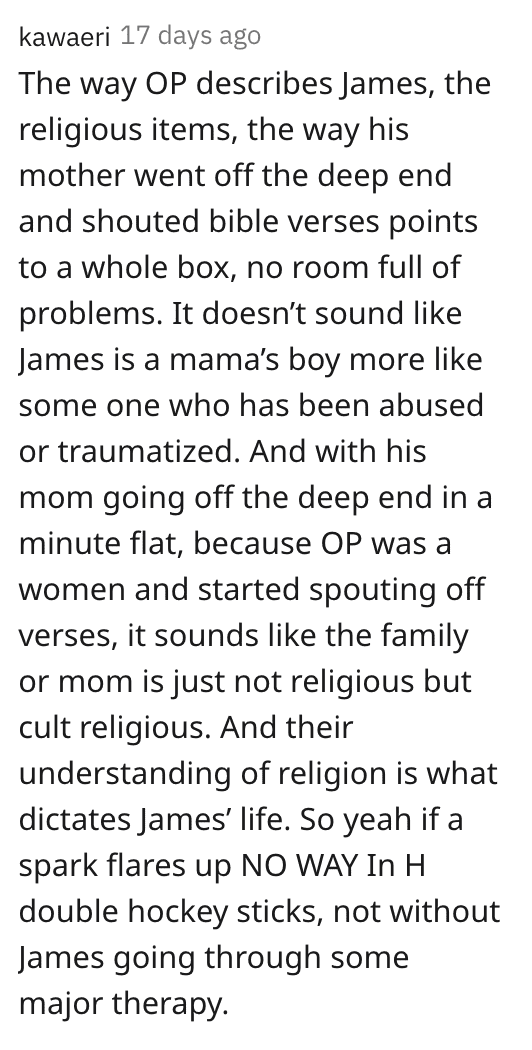 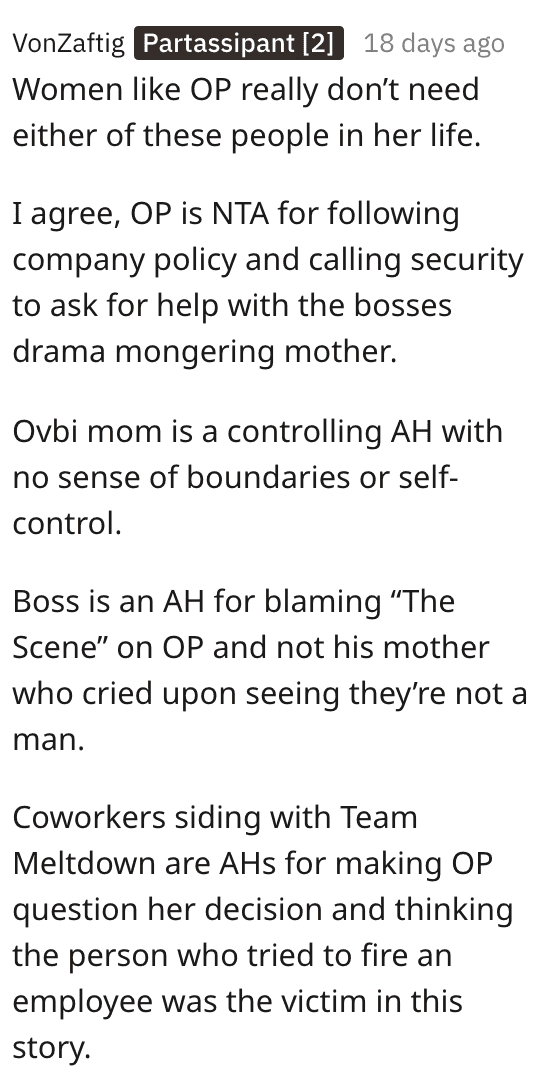 Whew. I think it’s time for her to go job hunting, honestly. How weird.

What are your thoughts? Rant away in the comments!