Was This Woman a Jerk for Proving to Her Roommate That Their Boyfriend Kept Hitting on Her?

Some people just don’t ever learn…

And some people just don’t want to acknowledge the truth, even when it’s right in front of their face.

And that’s basically what went down when a woman was really getting hit on constantly by her roommate’s boyfriend…and now she wants to know if she was wrong for proving it.

Let’s take a look at the story.

AITA for proving to my roommate that her boyfriend keeps hitting on me?

“I’m Sam, my roommates name is Lauren, and her boyfriends name is Mark.

Lauren and Mark have been dating for maybe four months. Mark always hits on me. Like always. As soon as Lauren walks away, Mark is laying it on thick with compliments, and asking when our lease is up.

I wear a lot of body-con and sometimes low cut clothing , so I expect to get glances maybe mild staring. But this guy is very obviously hitting on me, and often times in ways that make me uncomfortable, especially since he is always at our apartment.

I have told Lauren several times that Mark hits on me, and she just rolls her eyes. She doesn’t believe me, which is confusing to me. Lauren and I have been roommates for five years. In that time she has dated three other guys, and I have never complained about this before.

So yesterday she tells me that Mark is coming over. I was like, great, I told her if she would just walk upstairs in our apartment building, and tell Mark that she was going around the block, she would walk in and see him hitting on me. She actually agreed to do it to “humor” me.

Mark gets to the apartment, and I am just doing the dishes, I tell him that Lauren went to the store up the block, but she is really right outside the door.

He sits at the counter and starts chatting with me normally, then the conversation turns to him hitting on me. Normally I just walk away from Mark, but I endured it so that Lauren would see/hear.

She came in and told Mark to go to her room. Then she then she starts yelling at ME. Saying I saying I tried to seduce him and that I dressed like a sl*t. And I’m like “I always dress like a sl*t Lauren! Who cares! Your boyfriend is hitting on me!” We argued and both said some sh*tty stuff to each other.

She and Mark are staying in her bedroom and we haven’t spoken to each other since. As I’m thinking about it, I’m wondering if I am an *sshole for even trying to do this but at the same time I think she sucks for not believing me in the first place.

I live in New York. I love my neighborhood I don’t want to have to find a new roommate because of this idiot. If I did an *sshole thing please tell me.

This person said that some women choose to attack other women instead of facing up to bad situations caused by the men in their lives. 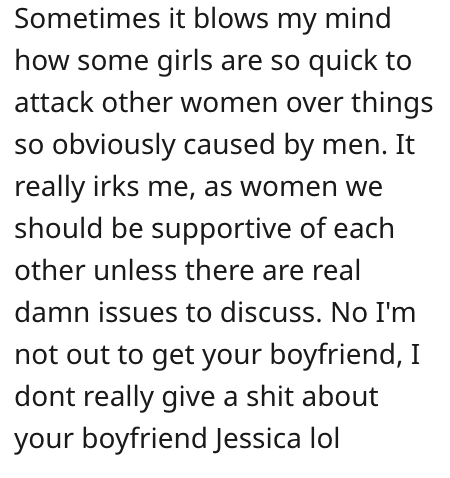 Another Reddit user argued that the boyfriend in this story is gross and that women need to support each other. Especially in these kinds of situations. 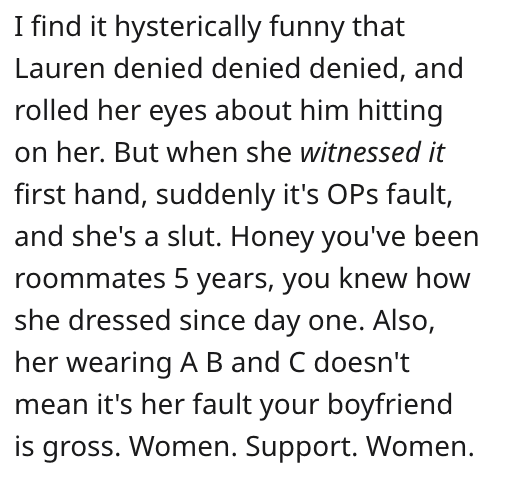 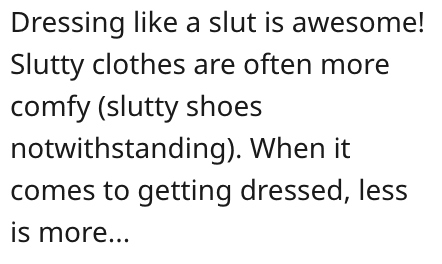 Another person said that she obviously isn’t into the roommate’s boyfriend, or she’d be acting much differently. 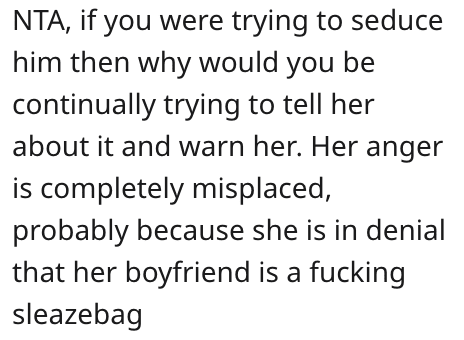 Finally, this reader said that the roommate really needs to find a better man to spend her time with. ‘Nuff said! 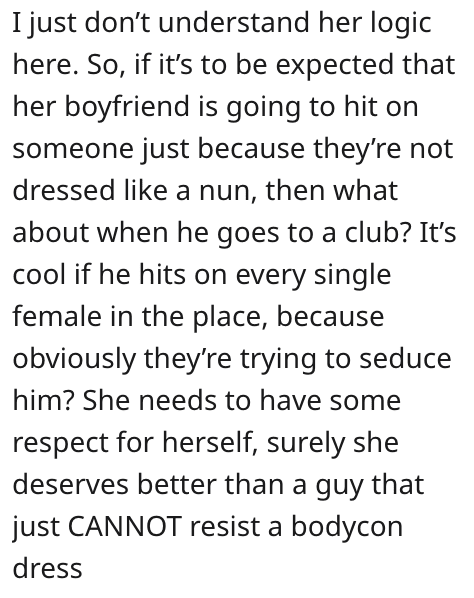 Okay, readers, now we want to hear from you.

What do you think about this story?

Sound off in the comments!