Woman Gets Added to a Sexist Group Chat About Her, Puts It on Facebook

Eleanor Henry was a law student at Melbourne University who had something both mortifying and appalling happen to her not long ago.

Her peers were apparently sexualizing and objectifying her in a group chat and… somebody unwittingly added her to it.

Needless to say, she was quickly removed from the chat, but not before she saw everything they had said and took a lot of screenshots. And then she shared (almost) all of it to Facebook.

Get ready for a shockingly sexist ride!

“Let’s all wave hello to my fellow peers at Melbourne University. This is why I’ll die a feminist. It’s 2016.. Let’s get back to that conversation on equality.

Oh and for those asking, they accidentally added me to their chat group without realizing I could read everything prior.”

But here’s the thing… Henry was incredibly nice. Because, as she told the Daily Mail Australia, she wouldn’t “publicly name and shame the men.”

Her restraint is even more impressive considering what they wrote: 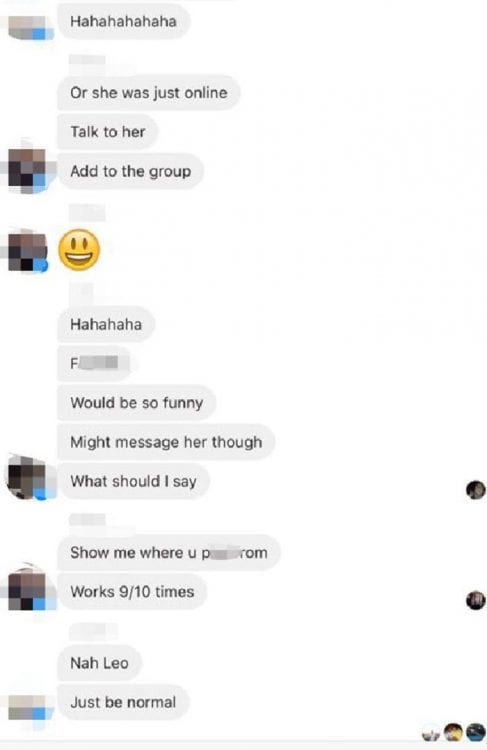 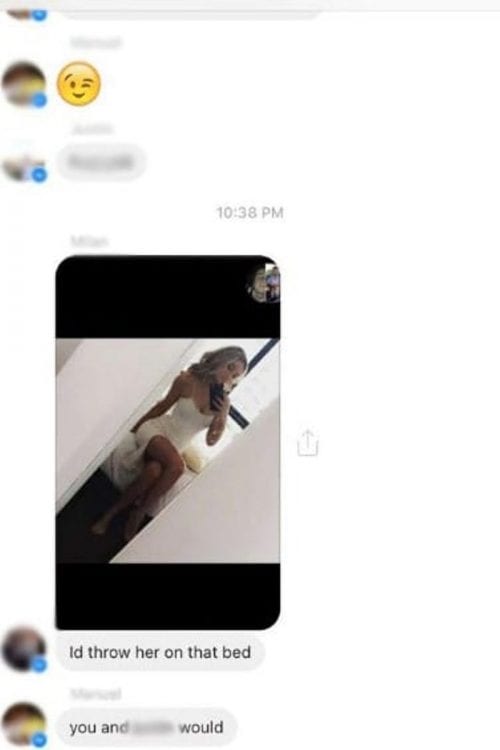 All that, and they also said, “Bring her to Thailand. We need a bike.”

“Aside from this contact, I have never really engaged with them on a social level,” Eleanor told the Daily Mail. In fact, several of the people in the chat were guys she had never even met before.

Reading the messages made Eleanor feel physically ill, and her sister suggested that she expose this particular “kind of rape culture” by posting the messages to Facebook. (With all the profile pics and names blurred out, of course.)

Apparently, after Henry posted the messages, one of the guys involved begged her to take them down: 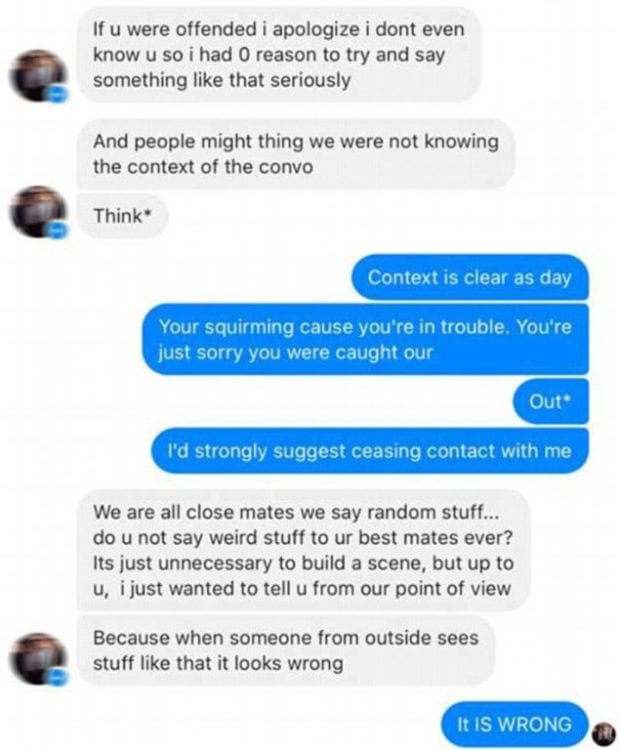 Yeah, his case wasn’t terribly convincing, was it? No worry about the ethical implications involved in joking about gang-banging a female friend. Just worried about being caught.

Luckily for him, he and his friends remain anonymous.

On her decision not to name the boys involved, Eleanor explained, “It’s not particularly relevant in achieving the outcome I wish to pursue on a larger scale, which ultimately is to bring awareness about the issue and have people understand that it should not be merely written off as ‘boys being boys.’”

Just more proof that “locker room talk” often has nothing to do with the locker room.