Pirates were sure interesting, and even if we wouldn’t likely find them as romantic in person as we seem to in hindsight, their stories are certainly compelling.

We all love a tale about a rebel, a dashing thief, a person who chooses to live their life outside the lines – but what were they like, really?

Well, it turns out there are more than a few obscure facts out there that might surprise you!

14. They didn’t really bury their treasure. 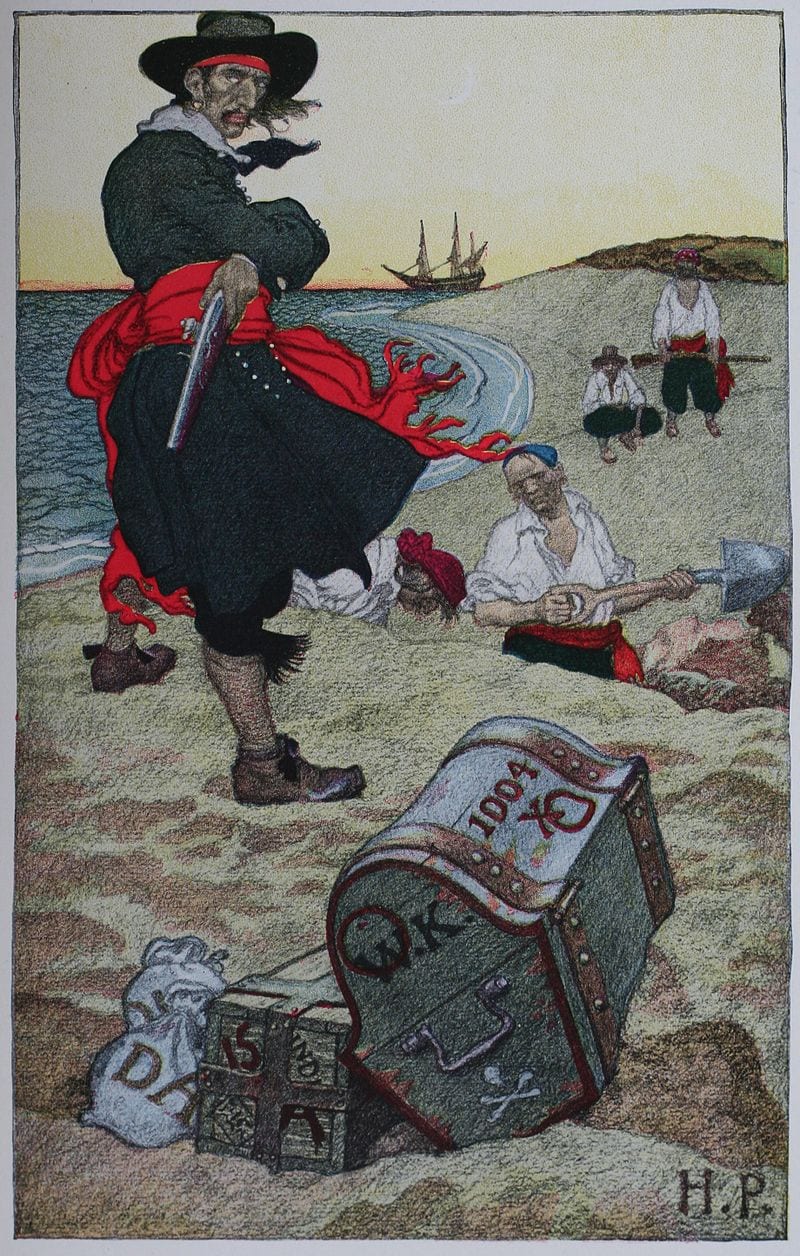 Pirates weren’t known for having long lives, which is one reason they didn’t bury their stolen goods – they resold them (if they were weapons) or drank them (if they were booze). On the off chance they actually made off with money, they likely spent it on women and more alcohol the next time they were in port.

One pirate, William Kidd, did bury treasure at least once – it backfired because the unearthed treasure helped convict him of piracy.

13. They had same-sex partnerships.

It’s unsurprising to learn that male pirates had sexual and/or romantic relationships, given that they were often stuck on ships together for long periods of time. They even had a word for formalized unions – matelotage – that could be at the root of their greeting, “ahoy matey!”

Two men united by matelotage shared plunder and could even receive death benefits for each other.

12. They had a pool to pay injured crew members. 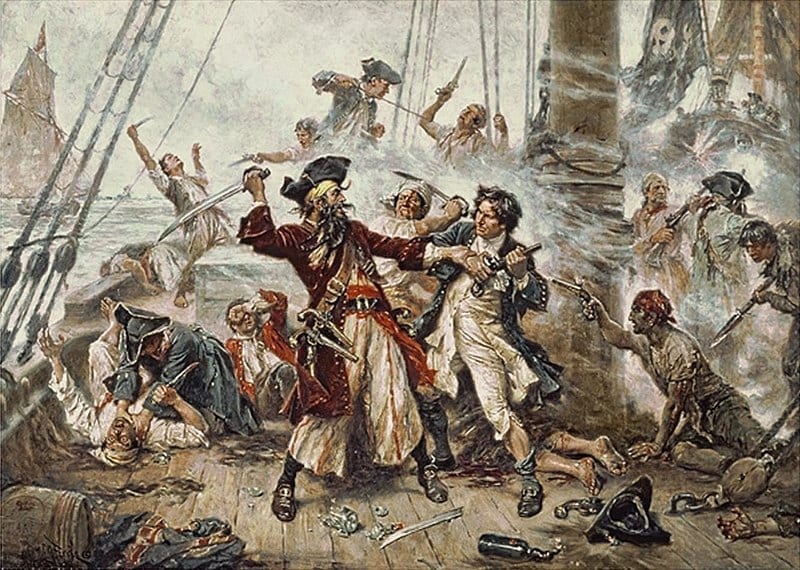 There was a definite hierarchy aboard pirate ships, but they could also be quite democratic – even paying injured crew members out of a common pool of spoils. This insurance fund of sorts was found in several charter articles, and specified that if a man was injured during an attack, he would still receive a certain amount of the spoils.

11. Their earrings protected their hearing.

Earrings were a little about looking tough and cool, I’m sure, but they also served a practical purpose – blocking the deafening sound of the canons (the Queen Anne’s Revenge had forty on board!).

Pirates would hang wads of wax from their earrings and stuff them in their ears to muffle the sound and save their hearing.

10. And they also ensured a proper burial. 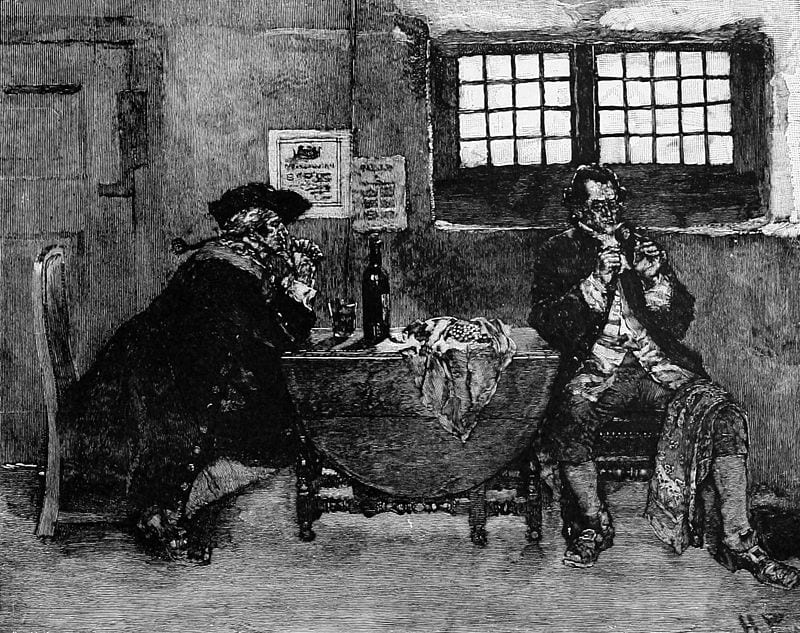 Earrings were also made of precious metals, and could be sold or exchanged for coffins and a proper burial in the case of a pirate’s (likely) death. Some even engraved the name of their home port on the inside.

These men might have made their living on the high seas, but most were too superstitious to want to end up on the seafloor for all eternity.

9. They didn’t usually kill people by making them walk the plank (but they did kill them).

There is evidence that some pirates used walking the plank as a form of psychological torture, it probably wan’t a widespread tactic.

Pirates did enjoy killing people, though, and cruelty was common. They preferred a method called keelhauling, in which an individual was thrown under the boat, then hoisted up on one side after passing him under the ship’s keel.

If the blow from the ship’s keel didn’t kill them, they drowned.

8. A red flag meant no quarter. 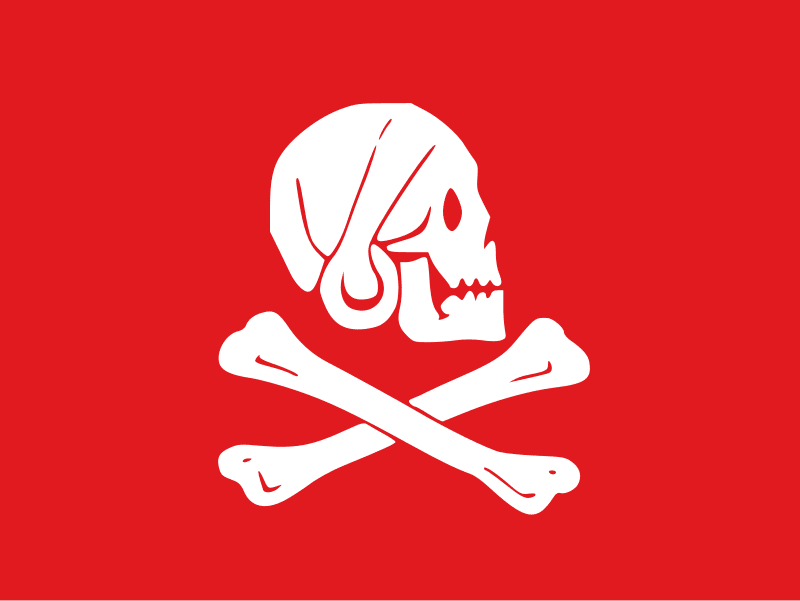 A little-known fact is that original pirate ship flags were often red – the term jolly roger comes from the French joli rouge – and it meant there would be no mercy given to captured crews.

7. Some of them were also productive members of landed society.

Though many pirates did adhere to the tradition of being lawless brutes who lived on the seas, the thin and often gray line between pirate and privateer means many of them were also respected individuals at home.

Captain William Kidd contributed to social organizations and Captain Jean Lafitte was known as the “gentleman pirate” in New Orleans.

Today's historial fun fact goes back to pirate research — of which I did quite a bit for The Stormswept Stowaway (in Once Upon a Pirate)! Let's make this a little game… why do you think pirates wore eyepatches? (No googling!) I'll let you know when I see the right answer.⠀ ⠀ #historicalfunfact #pirate #pirates #research #pirateresearch #piratefunfact #eyepatch #pirateeyepatch #onceuponapirate #piratehistory #thestormsweptstowaway #boxset #anthology

Though some pirates surely lost eyeballs on dangerous ships, most who wore eye patches did it out of choice – it enabled them to always be able to adjust to night vision.

Not just at night, either – they needed to be able to shift from above to belowdecks and vice versa.

5. They did maroon people.

When a pirate offended his crew and captain, there was a good chance he would be left alone with a bit of water and a loaded weapon. Pirates marooned on isolated land masses had the option to kill themselves with the weapon, but knew they would die cowards if they chose that way out.

They were occasionally picked up by other crews, but that happened so rarely it wasn’t a viable hope.

4. Blackbeard went to great lengths to frighten his enemies.

Edward Teach – aka Blackbeard – is one of the most famous and terrifying legends in the world of piracy. Before he and the Queen Anne’s Revenge would capture another ship he would weave hemp into his long beard and light it on fire.

Smoke would billow out from his face and make him seem larger than life.

3. There were probably more successful pirates you’ve never heard of.

It makes sense, I suppose, that we’ve only really heard of the pirates who were caught and tried, their stories recorded for history.

According to museum curator David Moore, the best pirates are the ones who will probably remain anonymous throughout history.

2. They created a (delicious sounding) drink that also combatted disease. 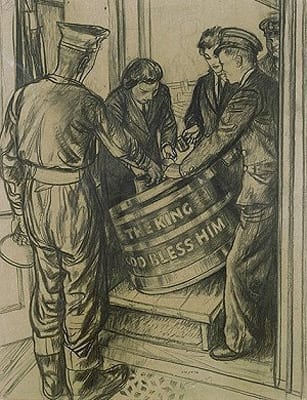 Though pirates didn’t invent grog (hat tip to sailors in the British Navy), which mixed rum into contaminated water, they did improve it by adding lemon juice (to combat scurvy) and sugar (to make it delicious).

I’m not going to lie, I kind of want to try that at home.

Even though movies and television want to depict pirates with chests overflowing with gold coins and jewels, the truth was, they mostly stole goods that were easy to resell – food, weapons, alcohol, lumber, cloth, and the like.

I’m something of a history buff with a fascination with pirates, and some of these were news to me!

Did you learn anything new? Which one surprised you the most? Tell us in the comments!